COVID-19 update: Dunedin moved to Orange under the new COVID-19 Protection Framework at 11:59pm on Thursday 2 December. Get the latest information about the traffic light settings at covid19.govt.nz. 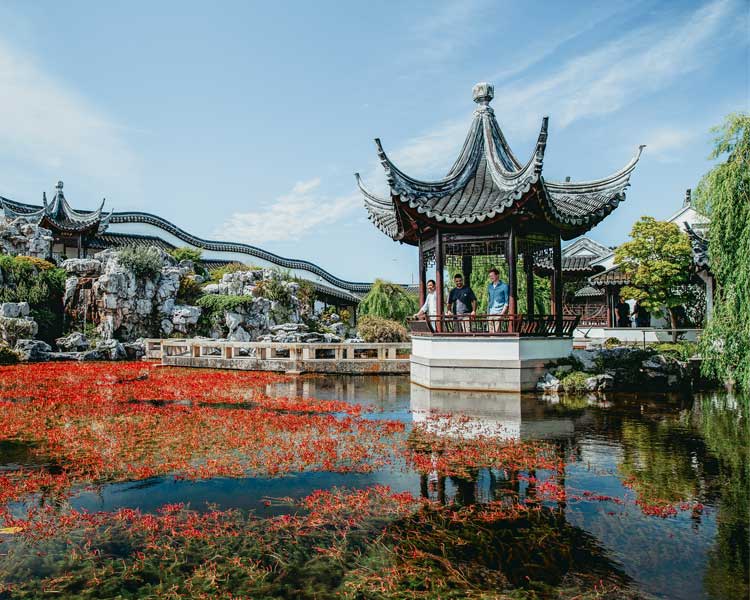 Best things to do in Dunedin

Who needs Europe when you can check out similarly grand architecture and history in Ōtepoti Dunedin. Enjoy a sumptuous high tea in Larnach Castle ballroom or gardens, take a tour of Olveston Historic Home which boasts an incredible collection of art and antiques from around the globe or simply stroll the downtown streets admiring other heritage highlights such as the ornate Dunedin Railway Station. Find out about Māori pā life, sieges and plights of star-crossed lovers while on the spectacular Huriawa Peninsula walkway.

Head off on safari, Dunedin-style. Otago Peninsula is an exceptional area of bio-diversity where rare yellow-eyed penguins nest on the far reaches and Hooker sealions loll about on beaches. Witness the majestic Northern Royal Albatross at the world’s only mainland breeding colony. Watch in awe as adorable little blue penguins come in from a day of fishing or take a more adventurous approach with a 4WD Argo tour. The trusty Monarch Wildlife Cruises and Port to Port Cruises ply Otago Harbour, getting you up close to stunning marine wildlife.

Reach for the stars

The clear Otago Peninsula heavens unfold before you when Horizon Tours weave a magical experience, sharing Māori tales of the celestial bodies and waiata under the stars, as you sit in snugly wrapped in blankets. If you prefer indoor star-gazing, then the 360-degree Perpetual Guardian Planetarium at the Otago Museum has you covered. Take night-time thrills further on a Hair Raiser Tour, tapping into Dunedin’s ghostly history.

Indulge in a touch of culture

Want museums and cultural colour? The award-winning Otago Museum displays collections of local and international artefacts and exhibitions, alongside its Tuhura interactive science centre tropical butterfly forest and double helix slide. At Toitū Otago Settlers Museum interactive exhibits mingle the early history of Ōtepoti Dunedin with installations from the recent past, such as classic vehicles and technology. Step into the tranquil, other-worldly Lan Yuan, the southern hemisphere’s only truly authentic Chinese Scholar’s Garden. Or indulge your quirky side at the Museum of Natural Mystery, before seeking out the city’s many other cultural treasures.

Eat, drink and be merry

Dunedin may be a small city, but it has a huge and deliciously eclectic range of eateries, quirky cafes and bars and sophisticated restaurants. Chefs draw upon locally sourced produce, including fresh ocean and pasture ingredients. Bask at the sea-side cafes in St Clair or the hilltop enclave of Roslyn. Wander the Warehouse Precinct to find funky establishments with awesome coffee, then people watch al fresco in the Octagon cafés. Increasing numbers of craft breweries, from the historic Speights to the Noisy newcomers, invite you to savour their latest batches. The Otago Farmers Market is where foodies gather for their weekly treats from local artisan producers.

Dunedin’s natural attractions are spellbinding, close and full of history. Tunnel Beach has risen to Instagram fame for its ruggedly romantic appeal and air of secrecy. The Otago Peninsula is a marvel in itself, with fascinating formations such as the Pyramids in Okia Reserve, just a little off the beaten track. The many beaches hold stunning discoveries, such as the elusive sea arches of Doctors Point. These are matched in magnificence by the dramatic surrounds of the Organ Pipes or Sutton Salt Lake. Take a drive to Orokonui Ecosanctuary to encounter the native fauna and flora regenerating there. Nature is given a helping hand in the many breath-taking gardens open to the public.

Dunedin’s art and architecture span from pristine Victorian to ultra-modern, often harmonising within the same space. Grab a map and explore Dunedin’s outstanding Street Art Trail, which is brilliantly woven through the central city and Warehouse Precinct, or book a tour with expert commentary. Art buffs will also enjoy the plethora of galleries, studios and exhibitions dotted around the wider city including the exceptional Dunedin Public Art Gallery. Become a walking work of art yourself after visiting the city’s fashion boutiques, many the home of national and international design gurus.

Ōtepoti Dunedin makes it easy to stretch those limbs while satisfying those sightseeing urges. Go hard or cruise along on the Otago Harbour cycleway by bike or on foot. If a flat pathway isn’t your speed, take yourselves up Baldwin Street – the steepest street in the world. If you pass on wave swimming at one of Dunedin’s many pristine beaches then relax in a 280C alternative – the outdoor splendour of St Clair Hot Water Pool. Discover some of the country’s best mountain biking, or take strolls in the hills on some of the many quality tracks.