It’s a great time to come to Dunedin as the city is poised to undergo a once-in-a-lifetime transformation, underpinned by comprehensive environmental improvements.

What does this mean for you? If you’re a start-up entrepreneur, or looking for a job, looking for long-term opportunities for your family or looking simply looking to live in a great small city, this is the time to get here and settle in. 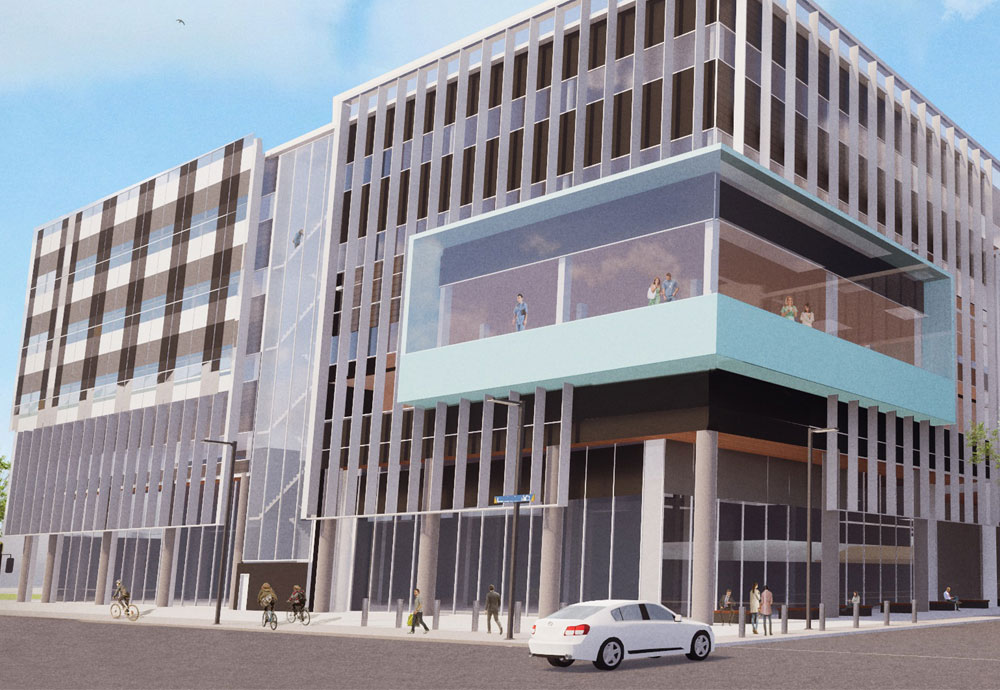 Perhaps the most impressive of the projects about to get underway in Dunedin is the new $NZ1.4 billion new hospital build . It will be the largest project of its kind in New Zealand’s history, requiring up to 1000 workers from outside the city at the peak of construction prior to 2026.

Equally exciting is the planned waterfront development of a former wharf-side industrial area tagged to be transformed into a mixed-use precinct with the potential to become a huge drawcard for residents and visitors. The vision includes public spaces, a marine research centre, a hotel and convention centre, offices, apartments, exhibition spaces and restaurants.

The waterfront development and new hospital’s central city siting have accelerated plans to enhance connections between the central commercial district and the harbour, with an emphasis on safety, enjoyment and people-friendly, low emission transport options.

Dunedin’s major tertiary institutions, the Otago Polytechnic and the University of Otago, are significantly developing their campuses and initiating new building projects, with a strong emphasis on high quality, sustainable, low emission environments.

For those living in Dunedin, this means the health, education, entertainment and commercial and inner city accommodation sectors of the city will remain a steady source of opportunity, employment, fun, care and comfort for decades to come.

A pedestrian/cycle bridge designed with the waterfront vision in mind will be one of the first projects to support the low-emission goal. In line with its announced desire to significantly invest in Dunedin’s future, the South Island’s largest Māori iwi (tribe), Ngāi Tahu, will be asked for input into the bridge’s design.

Existing cycleways that follow the Otago Harbour outline will be completed, connecting to the city cycleway network and likely to extend inland to the Taieri Plains and Central Otago.

There are active plans to return historic cablecars to the central city, journeying to one of Dunedin’s hilltop retail and parkland areas, introducing a quirky alternative to commuters and visitors alike.

We have a clear vision that encourages a safe central city, an attractive urban and rural environment, and preservation of our fabulous heritage, wildlife and lifestyle assets.

City-wide, new developments take climate change into account and support an aim for Dunedin to be net carbon zero by 2050. Transitions to cleaner, smarter energy use lie at the core of those mitigation efforts.

An existing central city energy scheme will be upgraded to use renewable resources, coinciding with the demands of the new hospital build. The city’s already extensive recycling system and waste reduction education programme are constantly being reviewed and upgraded to move the city towards its zero-waste aspiration.

Dunedin residents are conscious that the city’s distinctiveness owes much to the rare wildlife, beautiful built heritage and lush hinterland they are so proud of. Careful and proactive management plans are ensuring that the very same things that attract people here, are not lost in the process.

Eco-tourism is already a real draw-card for Dunedin and there are increasing community numbers of projects supporting predator-free environments for rare and endangered wildlife.