What better way to escape the hustle and bustle of the rat race than to spend the day at a picturesque (and rat-proof) wildlife reserve. With a packed lunch to sustain me and a raincoat in case of inclement weather, I step through the gate to Orokonui Ecosanctuary.

Signposts promise tūī, kiwi and kākā and I can’t decide where to go first. A quick scan of the map tells me I wore the wrong shoes so I can rule out a trek to New Zealand’s tallest tree, but there’s plenty more here for the bootless. The map doubles as a guide to the resident wildlife and issues an unspoken challenge to spot as many of the birds and reptiles as I can.

The raucous croaks, clicks and whistles testify to tūī and korimako being a sure thing, but tuatara are not so easy. Peering through the glass of the tuatarium, my eager eyes see a tuatara in every bit of bark, branch and leaf but rule out each sighting almost as soon as it occurs. No tuatara. No tallest tree. But I’m counting that chaffinch.

There’s no mistaking the takehē. The guide describes the blue and red with the heavy build, but the antics are off-script. One takehē is furiously splashing in the pond while another supervises. Their given names escape me, but I’m pretty sure they were characterful – if not, they should be. Mental note: re-read the board at the visitor centre. 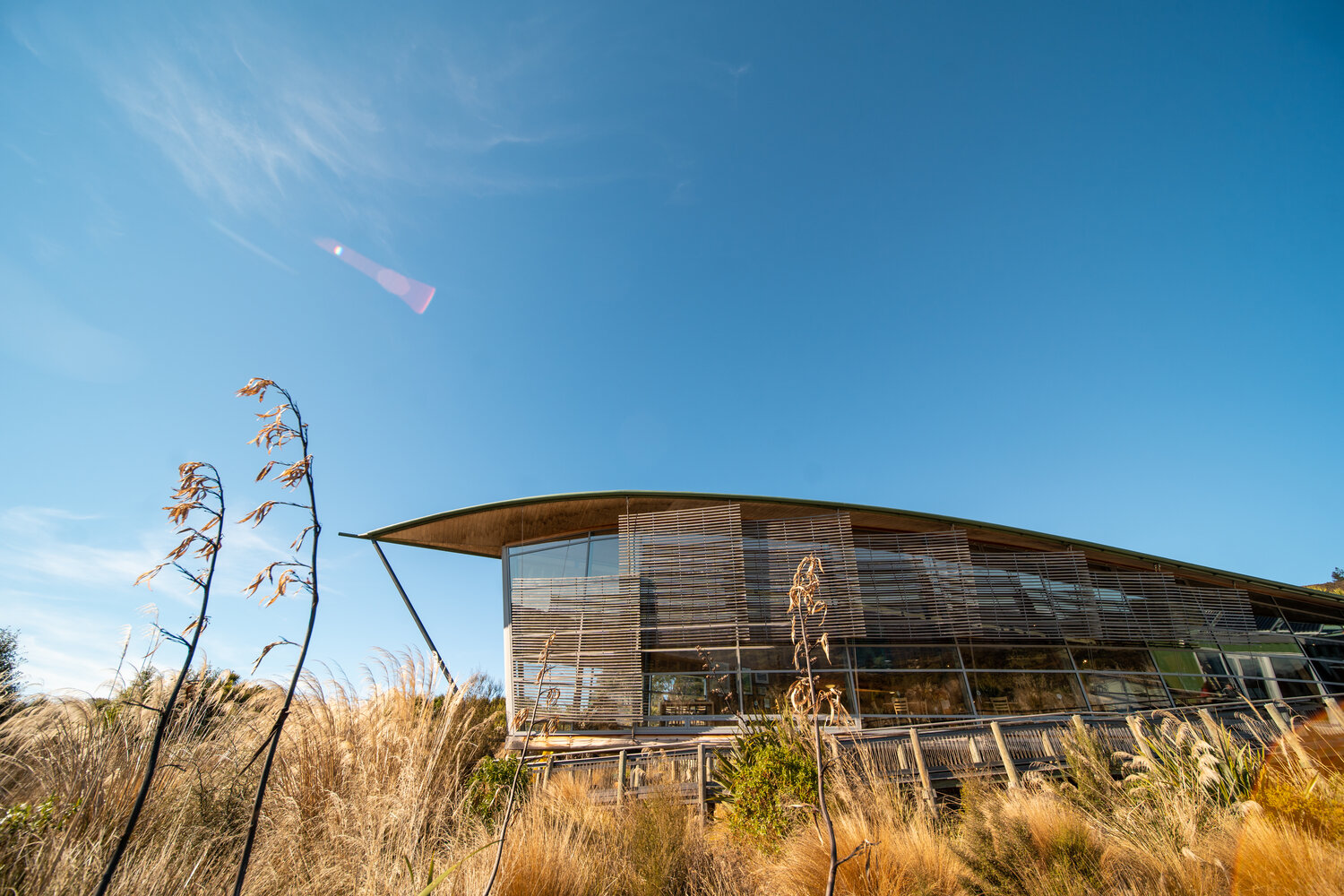 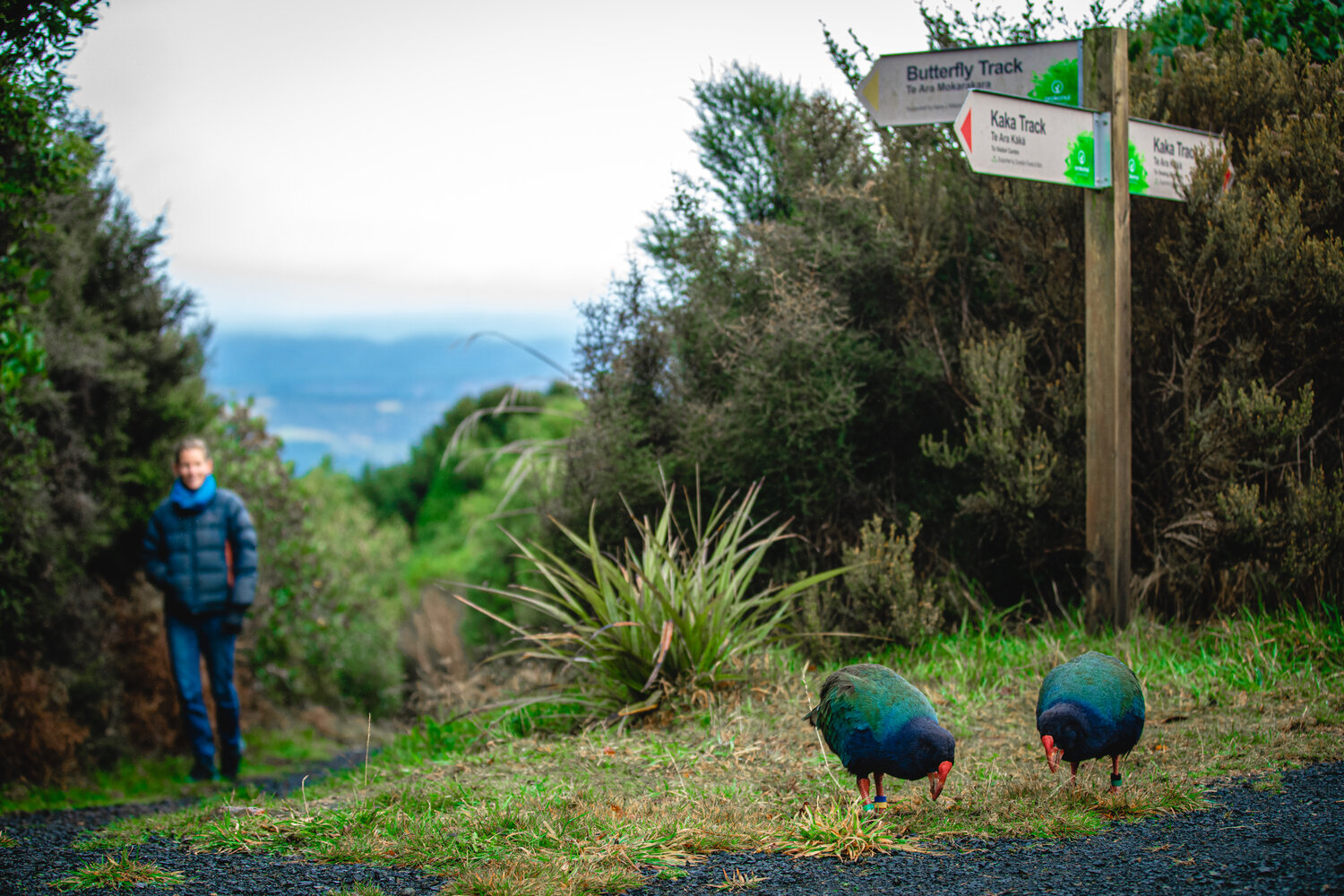 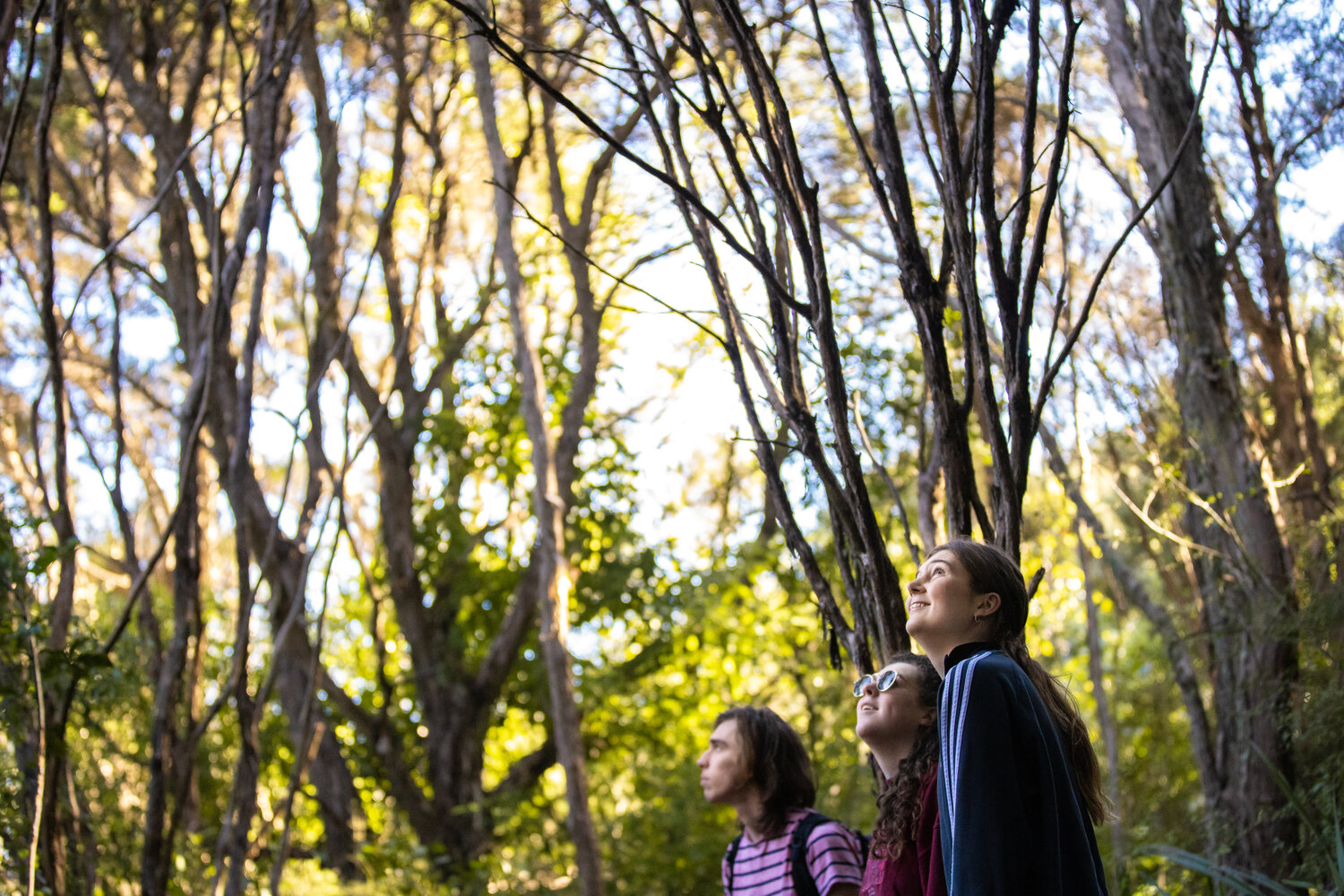 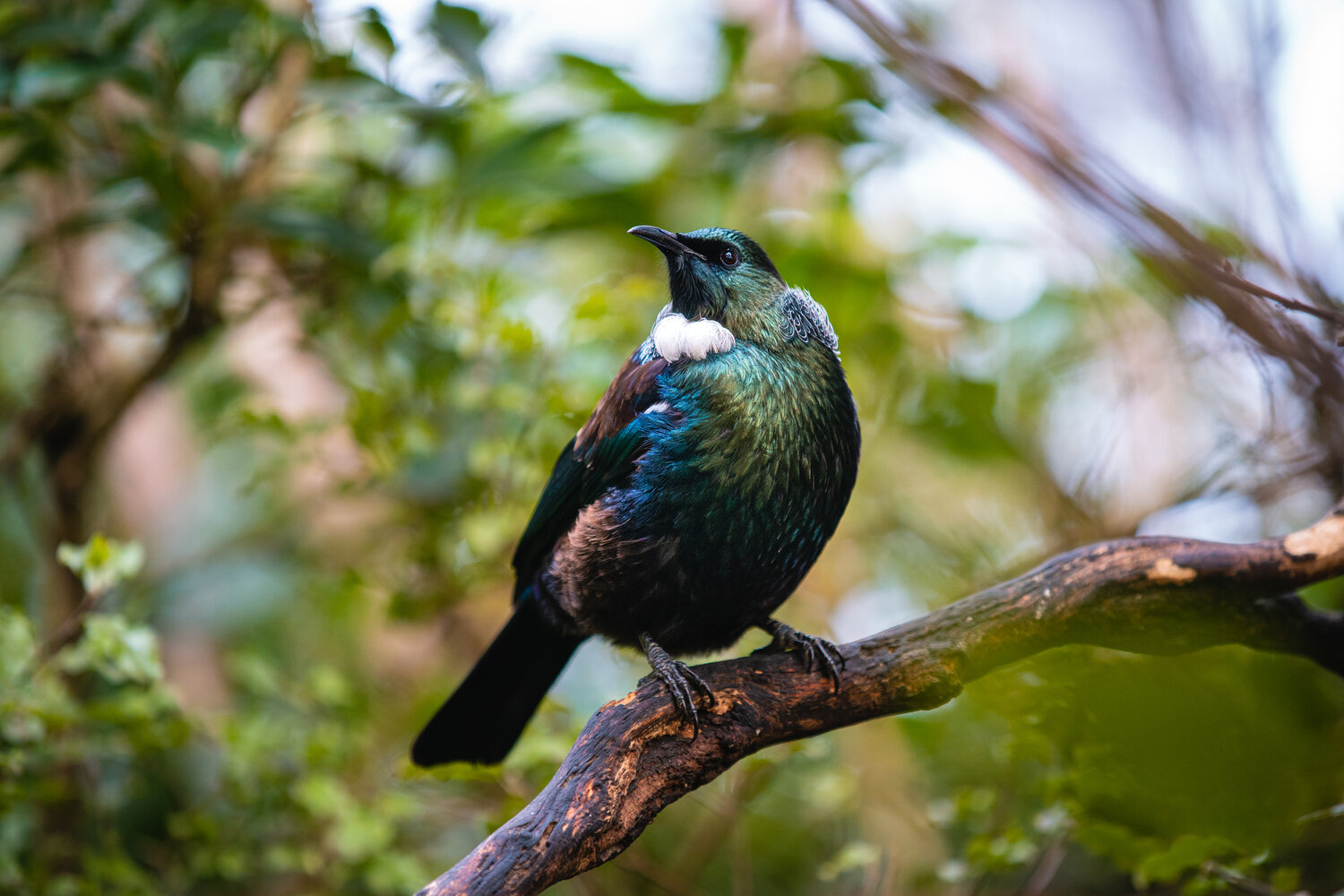 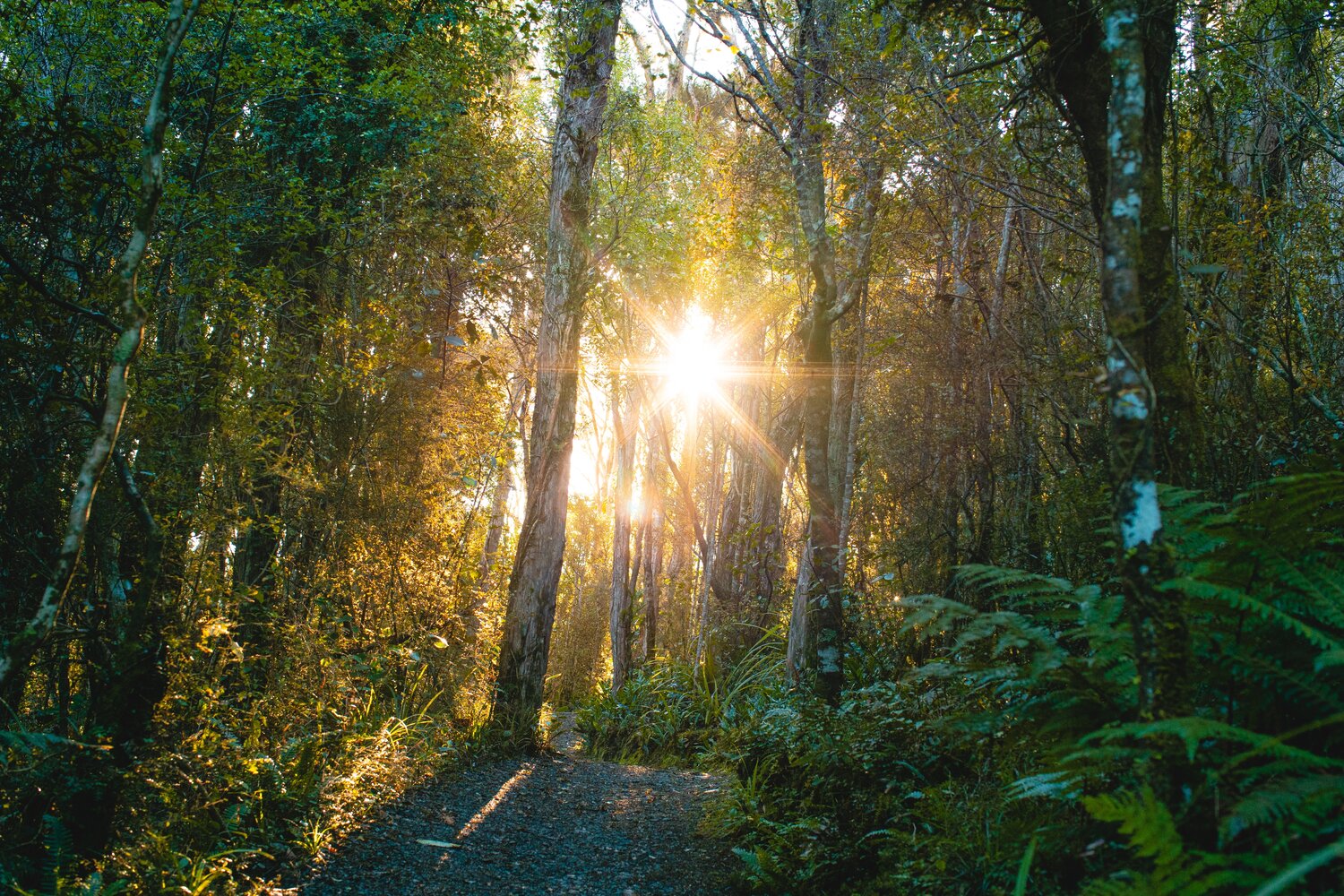 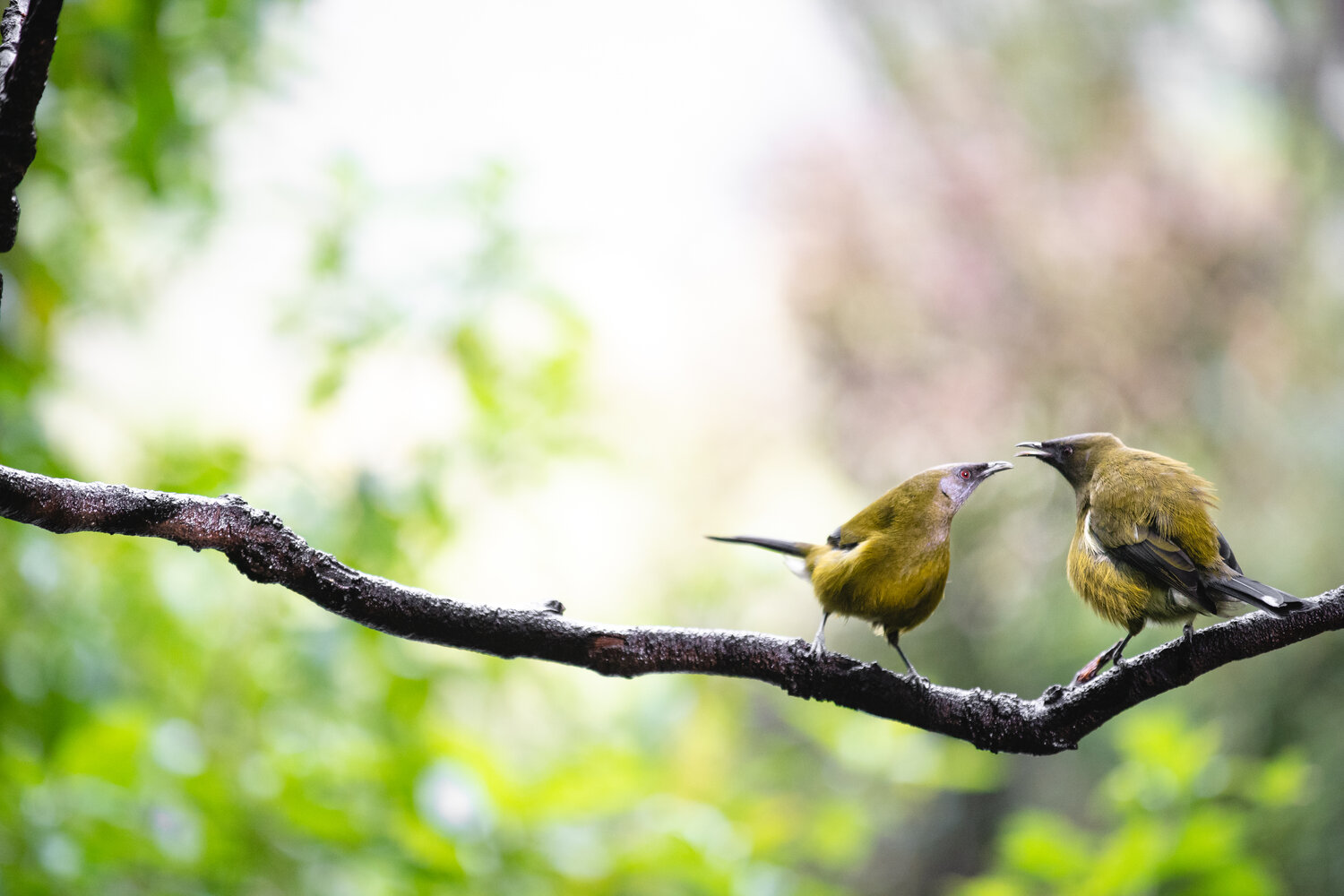 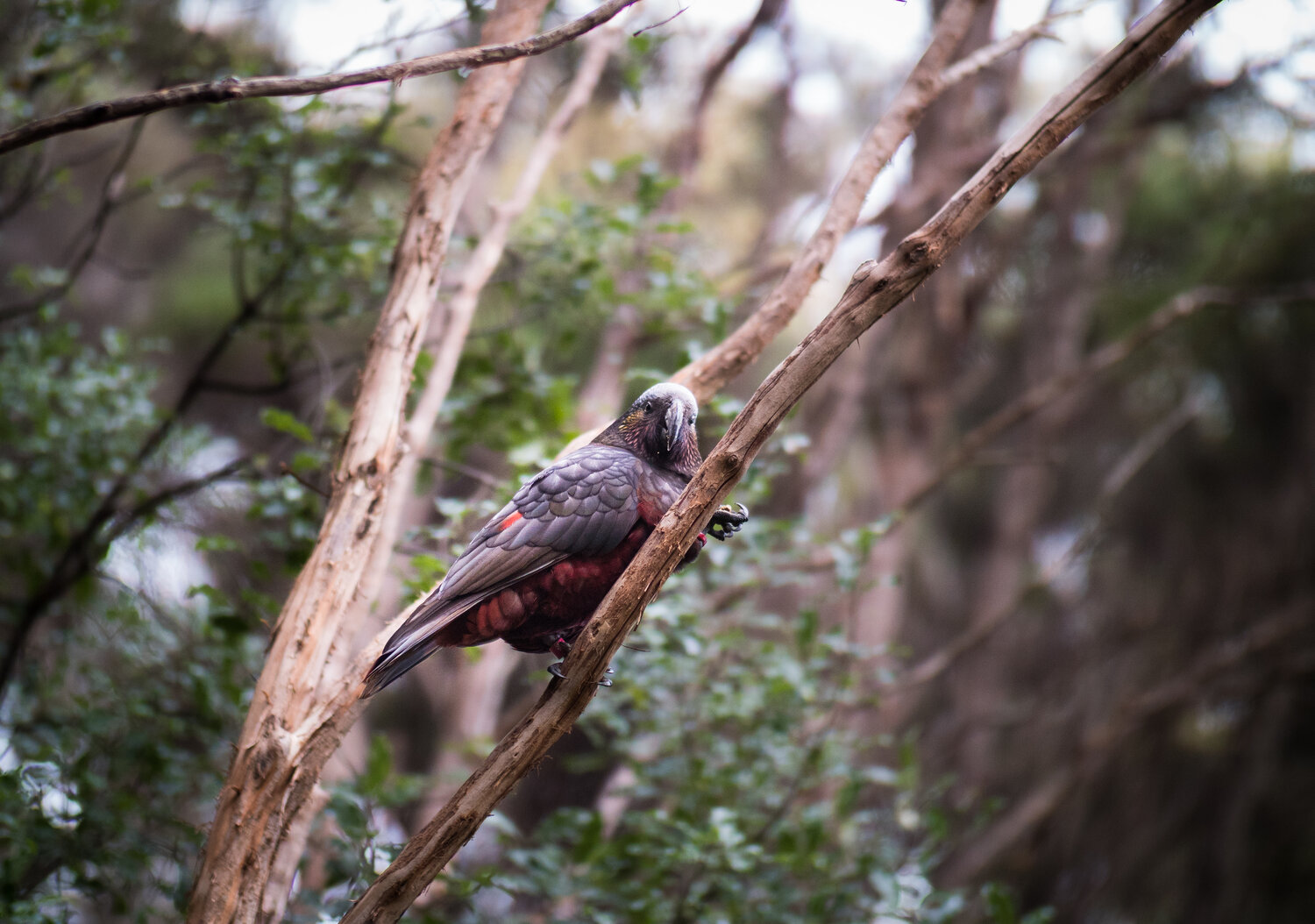 A careful study of each rock at the nearby skink enclosure yields further success: four skinks lounging in the sun. The win shows on my face and encourages other skink-seekers to head to where I'm standing, sending three large skinks scurrying down a gap. The wee skink cottons on to the situation, but not before the visitors get a glimpse.

A tūī grabs my attention with its brash flapping and tell-tale white throat so I follow it to the forest, along the Fernbird Track. Dotted along the track are posts with name plates acknowledging the people who have contributed to the ecosanctuary. One or two mention Texas – perhaps a Dunedinite moved away or a visitor with warm memories of their time here. A scrabbling sound in the undergrowth isn’t a fernbird: it’s a korimako chasing a moth. It catches it and looks me right in the eye with bits of moth sticking out of its beak. In the photos, korimako are always delicately perched on a twig, sipping nectar. Life isn’t all glamour.

Not far into the Kaka Track I settle down on a bench to watch tūī and korimako gorge themselves at a feeding station. I can’t see any kākā, but a blackbird tries its luck on the platform until a tūī puts paid to that. The melodic chaos in front of me is balanced by the calming air and light of the forest. People stop to take photos of the scene and then keep walking, impatient not to miss out on something. There’s still a lot I haven’t seen – maybe I’ve sat here too long. Or maybe not. I’m not counting.