Share on print
COVID-19 update Kia ora koutou, for up-to-date national information on the COVID-19 situation during this time, please refer to the Unite Against COVID-19 website. If you are unwell, call Healthline on 0800 358 5453 or your local doctor. Anyone requiring assistance with emergency accommodation, food and other welfare-related requests can call the Welfare Help Line on 0800 322 4000. Kia kaha

Going Where the Chinese Go

When Choie Sew Hoy moved his food importing business from the Victorian goldfields to Dunedin in 1868, he laid the foundations for a food dynasty...

When Choie Sew Hoy moved his food importing business from the Victorian goldfields to Dunedin in 1868, he laid the foundations for a food dynasty, and created a link between Dunedin and China which continues to grow. Supplying food to Chinese goldminers who flocked to Central Otago proved to be a goldmine of a different kind, and as he expanded into fireworks, tea, tea sets and pots, crystallised fruit, bird cages and other items attractive to the European residents of Dunedin, his business, reputation and standing in the community grew.

Choie’s great grandson Duncan Sew Hoy, and wife Leah continue the family tradition today, serving the finest Cantonese style food from the Golden Harvest Restaurant. They import chefs from China and take a pride in satisfying their loyal Dunedin customers, Chinese tourists, visiting dignitaries, overseas students, and deal-making business people, with authentic Chinese cuisine and yum cha.Between 1868 and the early 21st century, the Sew Hoy family exported dried wood ear fungus to China, manufactured egg noodles, manufactured and exported Chinese sausage, and imported Chinese foodstuffs and utensils and sold them through the historic Sew Hoy store in Stafford St (now under new ownership). During the goldrush, the store’s proximity to the wharf and to coaches departing for Central Otago were fundamental to the success of the business. Now the building reminds us of the Sew Hoy family’s part in Dunedin’s rich food story. 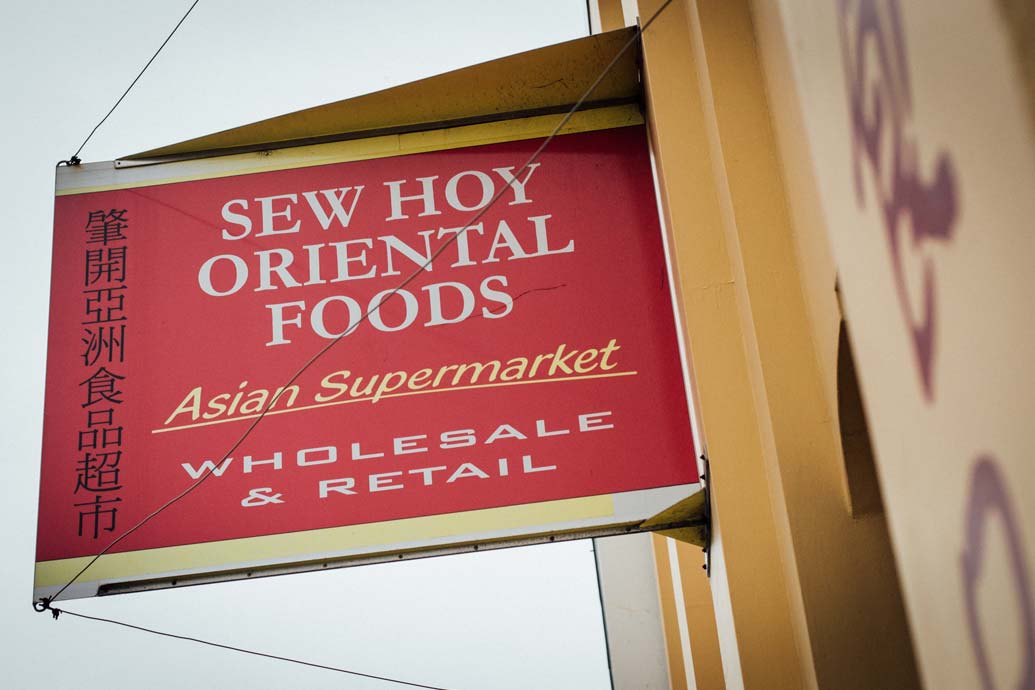 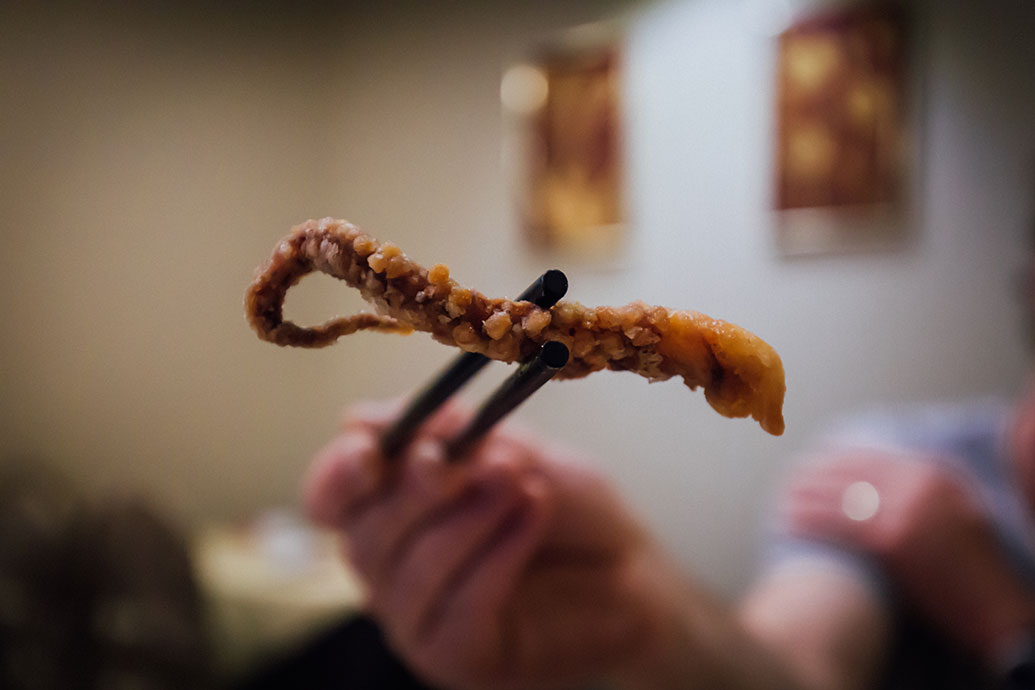 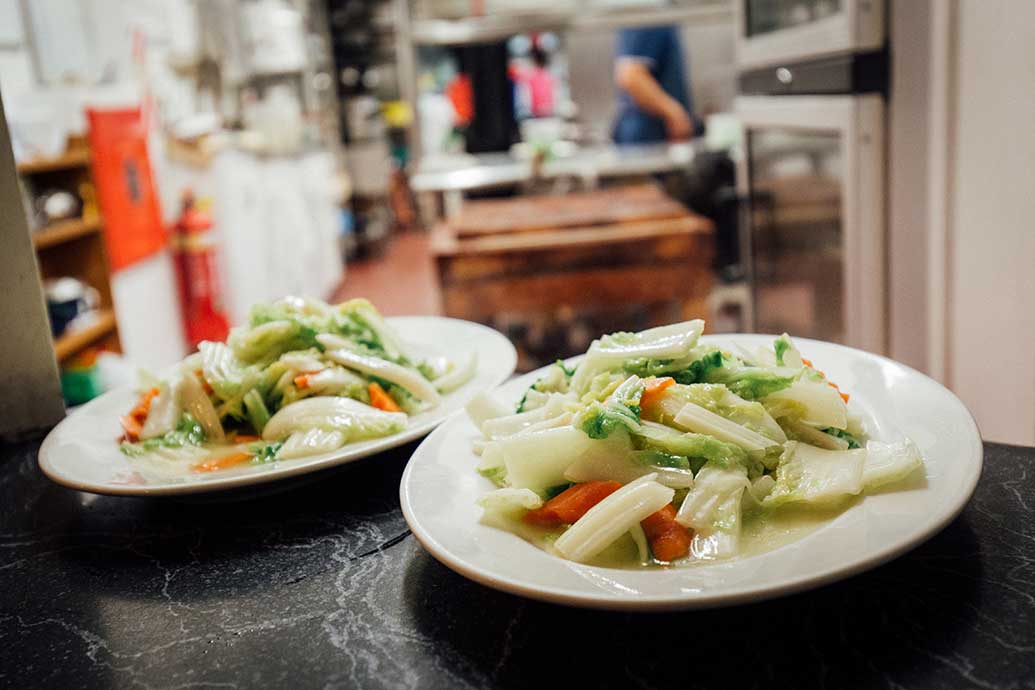 There are many vegetarian dishes on the menu at the Golden Harvest, made with a range of Chinese vegetables, mushrooms and other fungi, eggs and tofu. 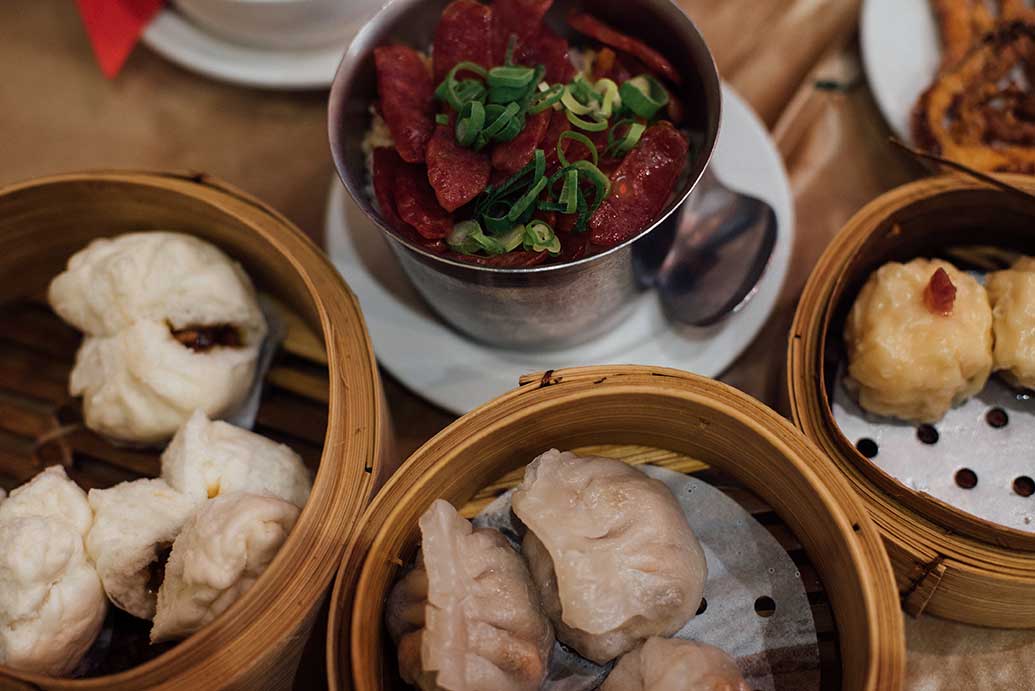 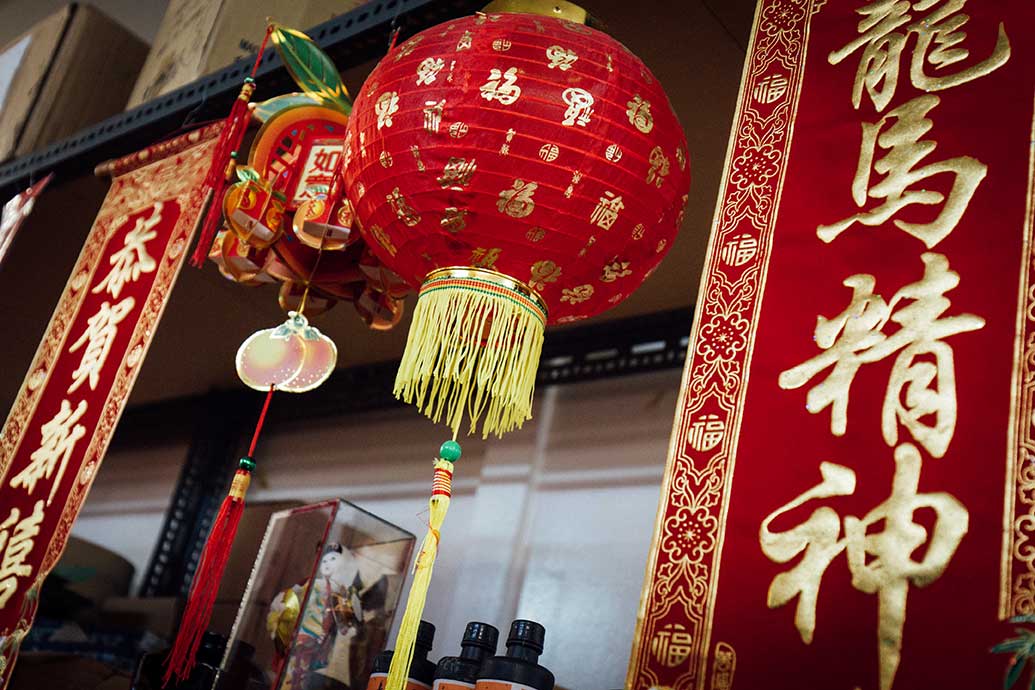 Chinese New Year is always a very special time at the Golden Harvest at 218 George St. 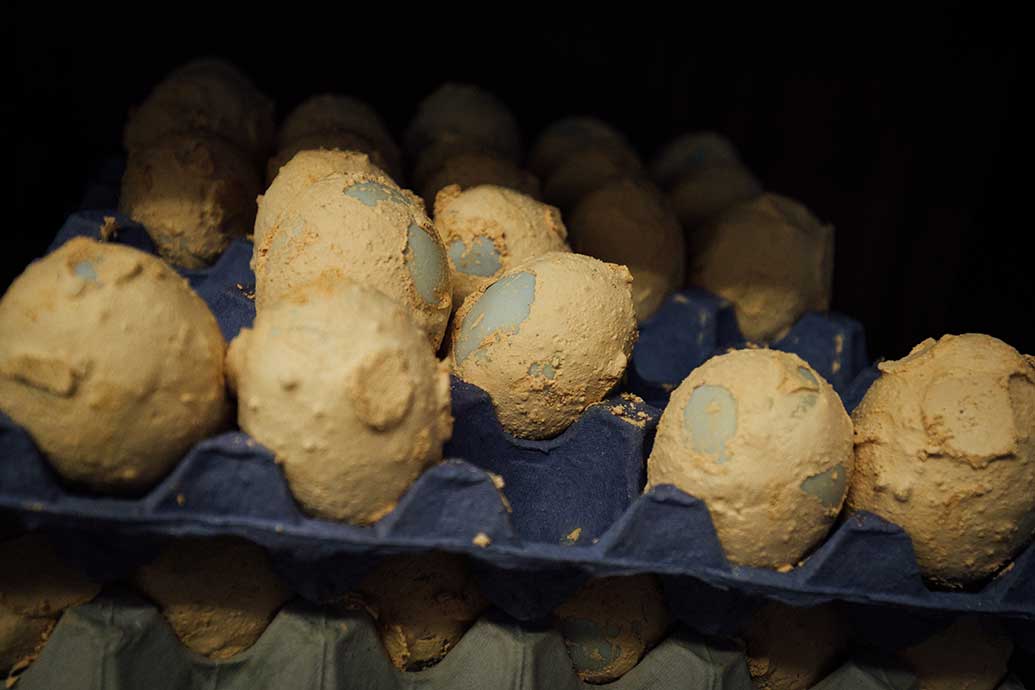 Chinese preserved eggs are among the traditional foods available at the Golden Harvest. 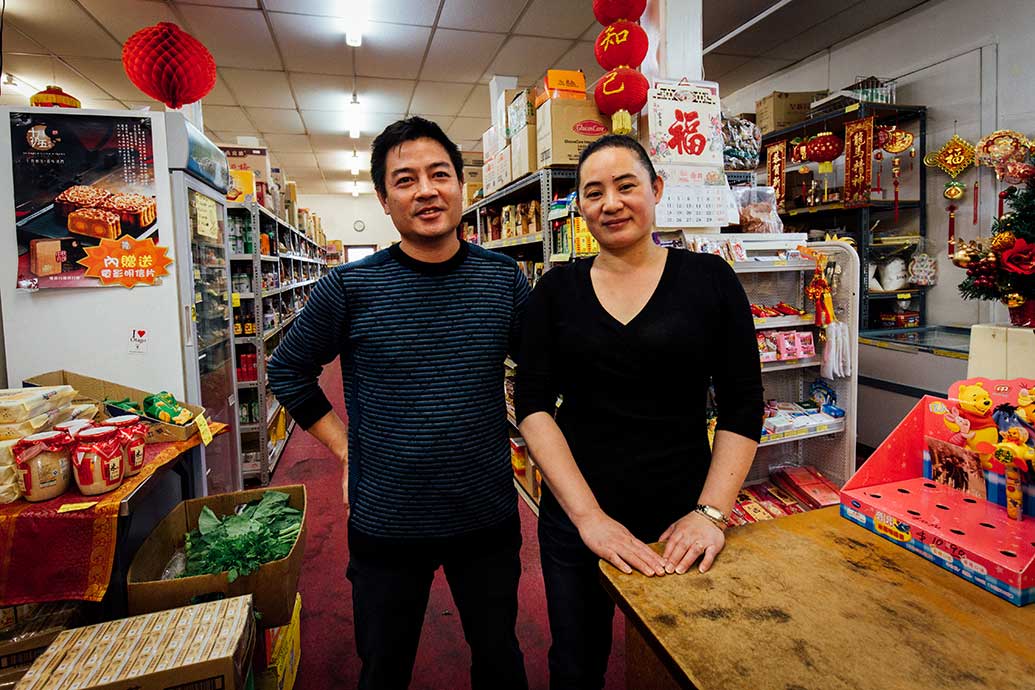 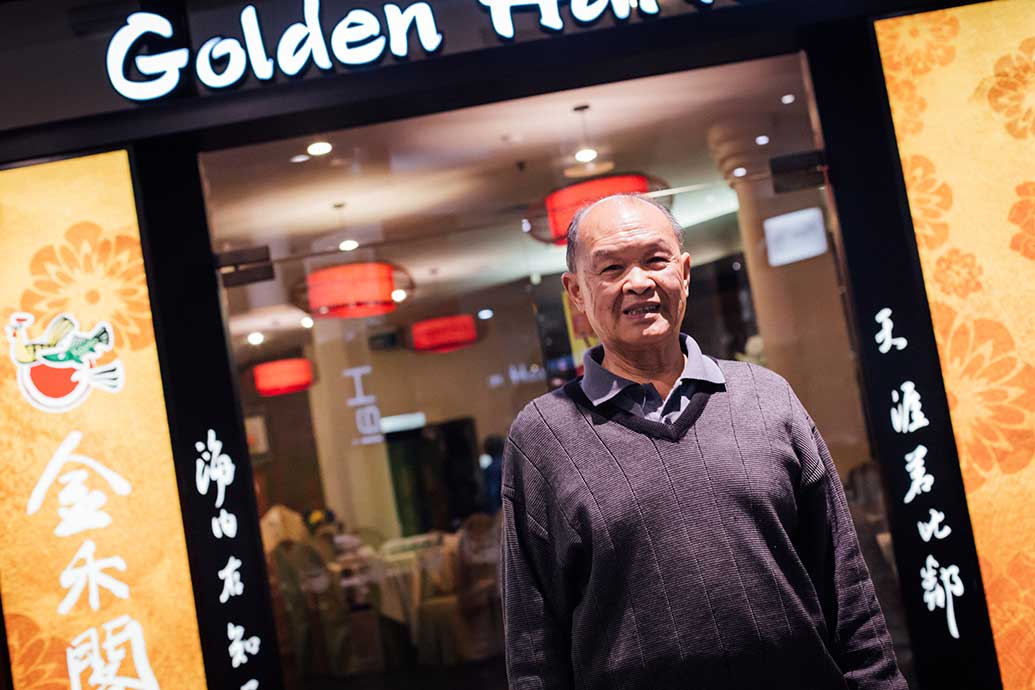 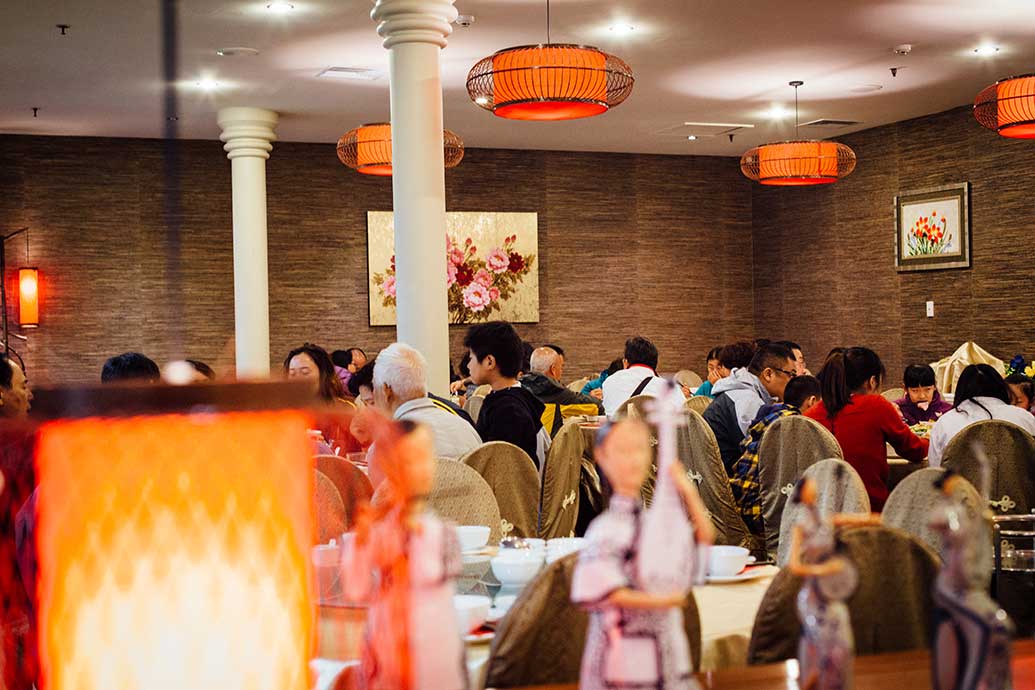 Happy Diners at the Golden Harvest 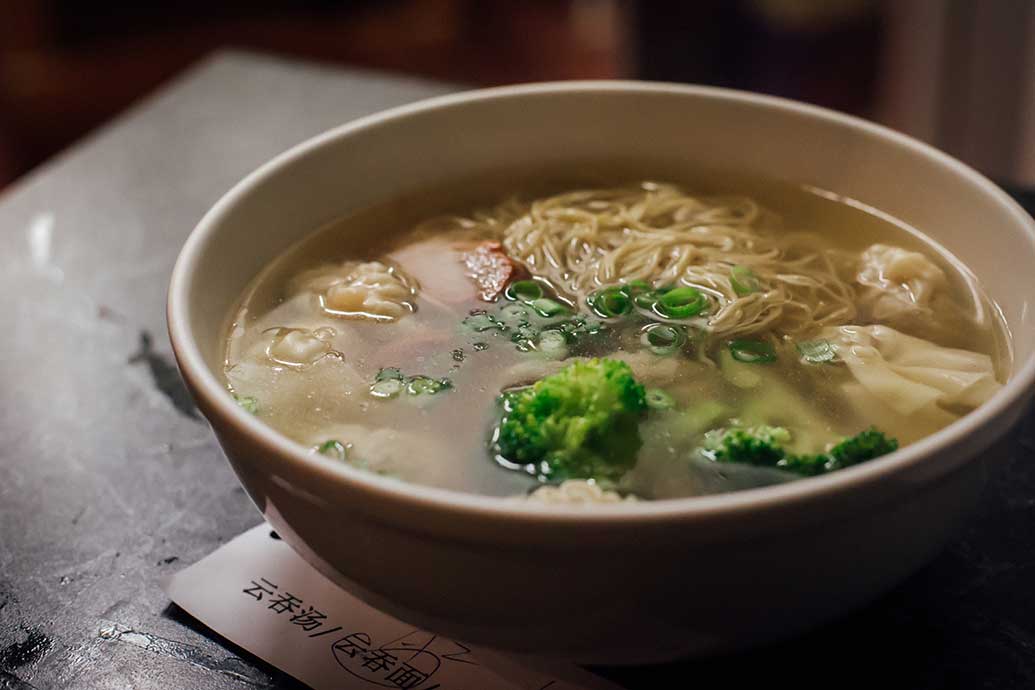 There are ten Chinese soups on the menu at the Golden Harvest, and five can be prepared as vegetarian if required.