Patti’s and Cream’s 1984 Bedford used to be a paddy wagon, meaning those who found themselves in the back of it were generally fairly unsavoury. Now it’s sweet and savoury – after Betty the Bedford was made over by Dunedin Motor Homes and rather than the smell of truncheons, now detains you with the cinnamon scent of hand-made waffle cones and the rich aroma of fresh patties on the grill.

Olive Tabor doesn’t believe that ice cream is just for summer, she thinks it should be eaten all year round (which speaks to the calibre and general good sense of a woman, if you ask me), and you’d need 365 days to get through the exhaustive range of flavour permutations she has in mind. Cheese and pear, organic apple pie, bacon infusions, beer … handmade using Balclutha milk, Windy Ridge, the key to really great ice cream being fresh milk, she perfected her mix with help from the Food Science department of the University of Otago. Made in 5 litre batches, hand-added, hand-rolled featuring locally-sourced special guest ingredients: hazelnuts from Cromwell and honey from Central Otago. 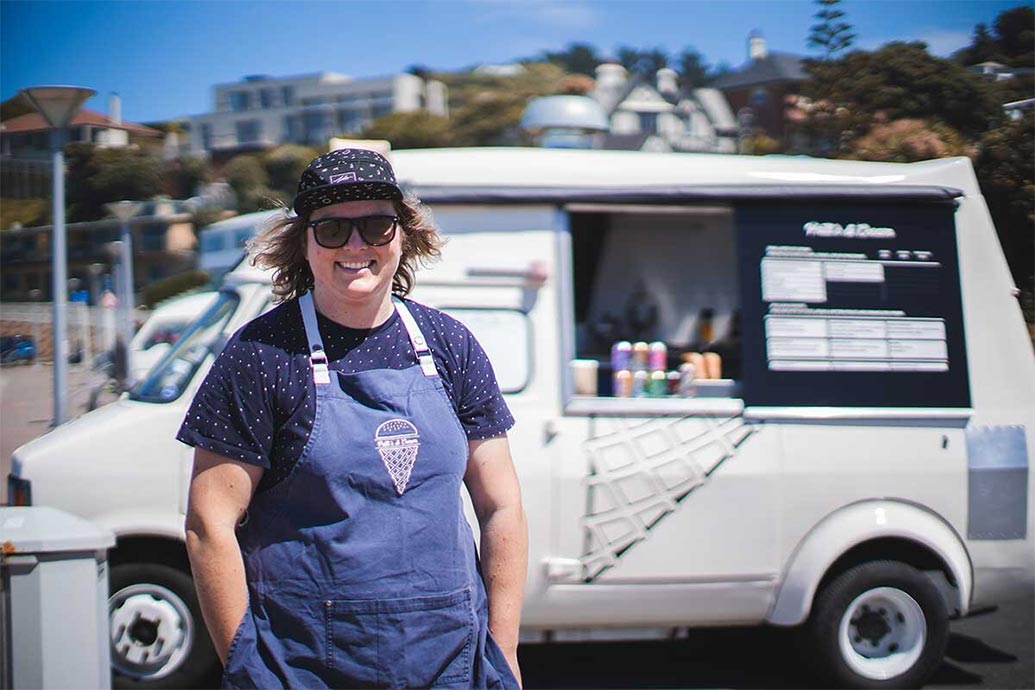 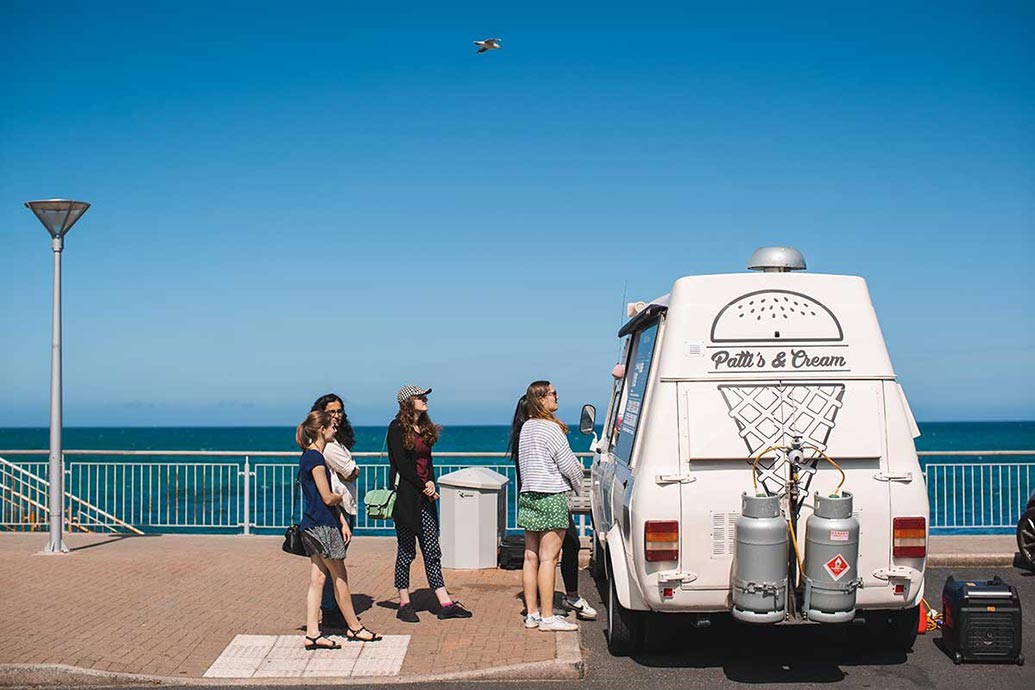 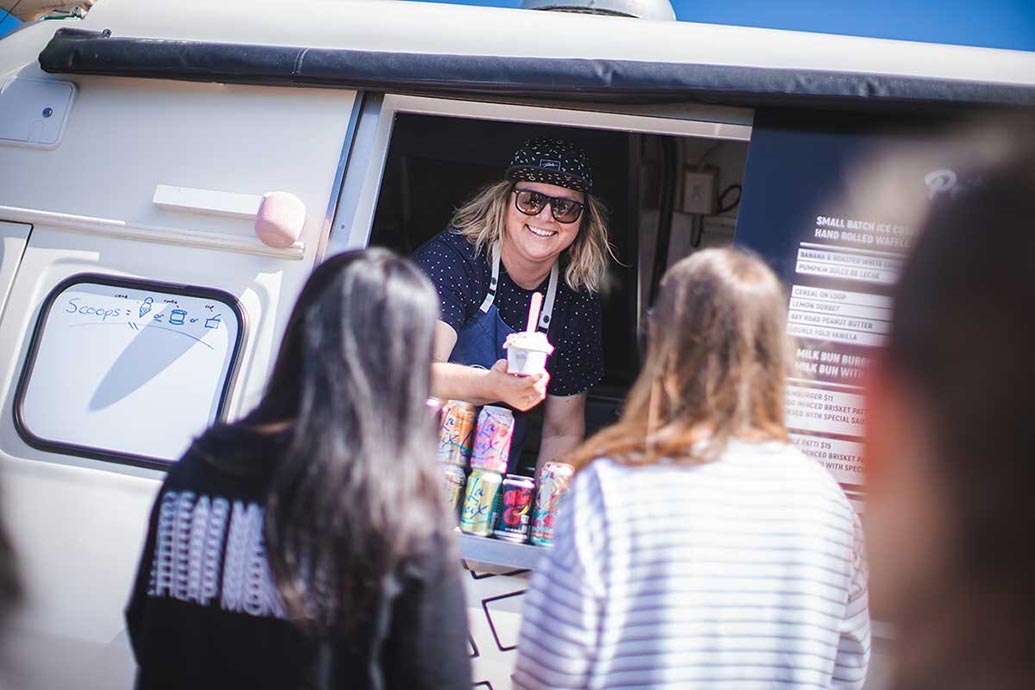 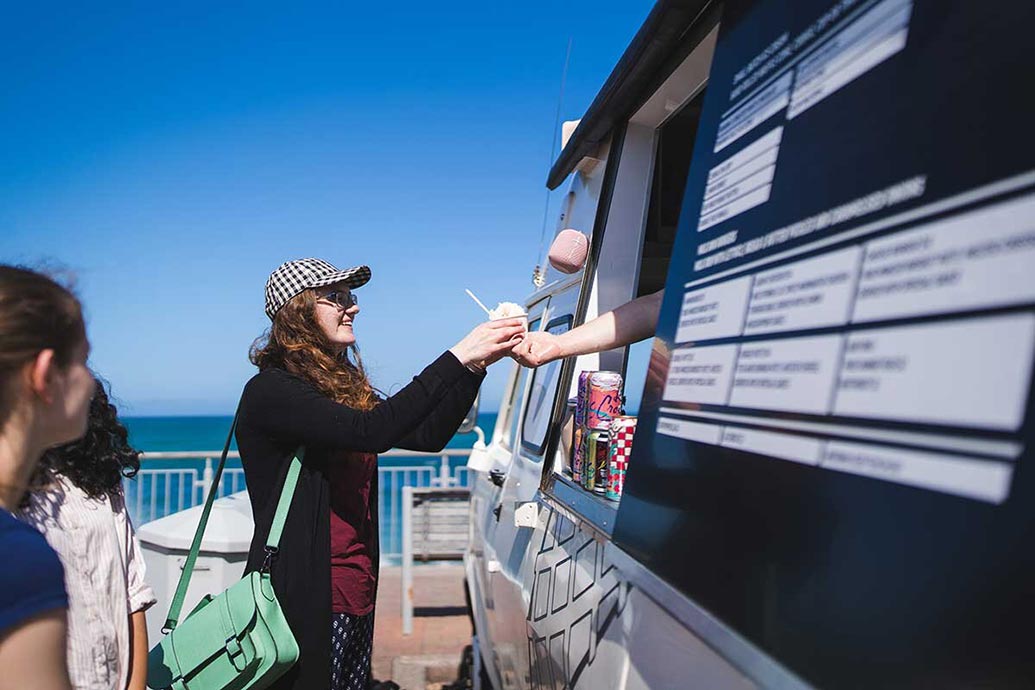 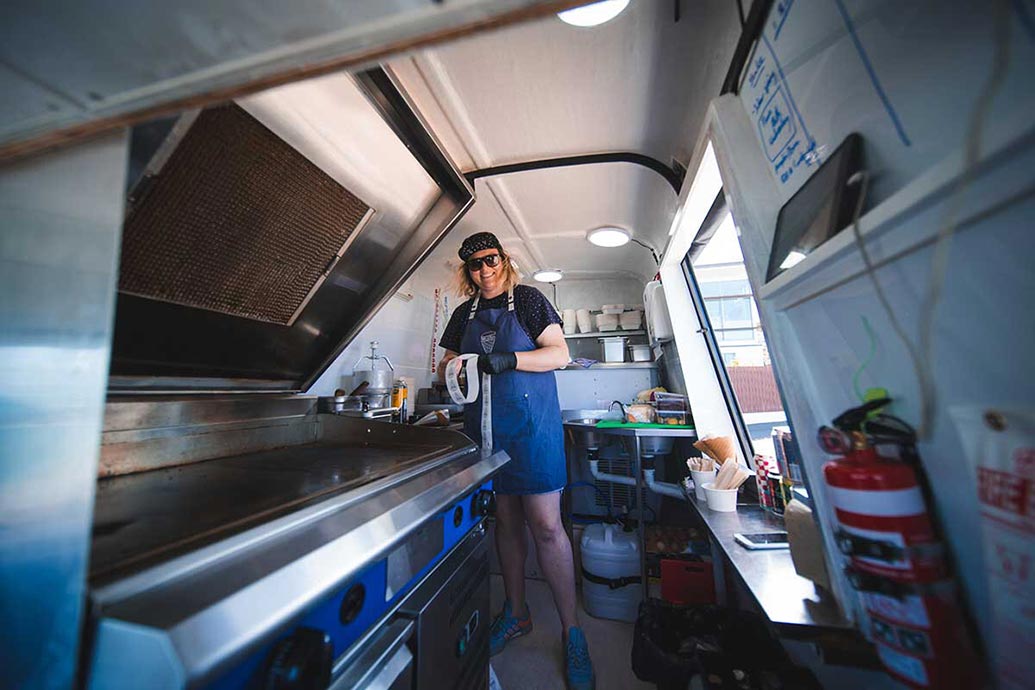 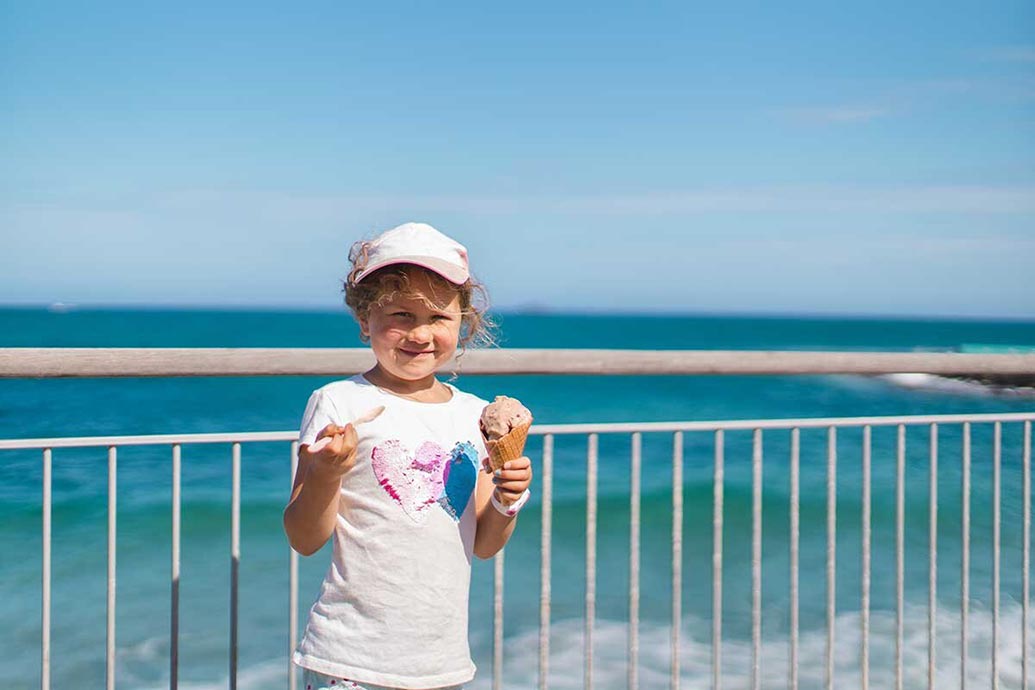 Olive knows good food. She spent five years as the general manager of Nova (and is currently president of the Restaurant Association), working her way up from bartender to GM by the grist of her grind. “One minute you’ve got 40 staff and the next your cooking burgers by yourself in the back of a van,” she laughs. This is her first time on the other side of the griddle, she’s never been a chef before, but she can stand the heat in the kitchen. After initially wanting to open a restaurant of her own, realising the pitfalls: inheriting a fit-out you don’t want, a menu you have to change, she saw a food truck as a great way to get fare out fast. The council have been great. “If you have a good idea in Dunedin you can really run with it.” Spelt on Highgate make the milk buns, Your Friendly Local the burger patties, the extra virgin cold-pressed olive oil is from Pigeon Rock. Add some bread and butter pickles, mayo and iceberg and you have the right to remain silent. So good, its criminal.