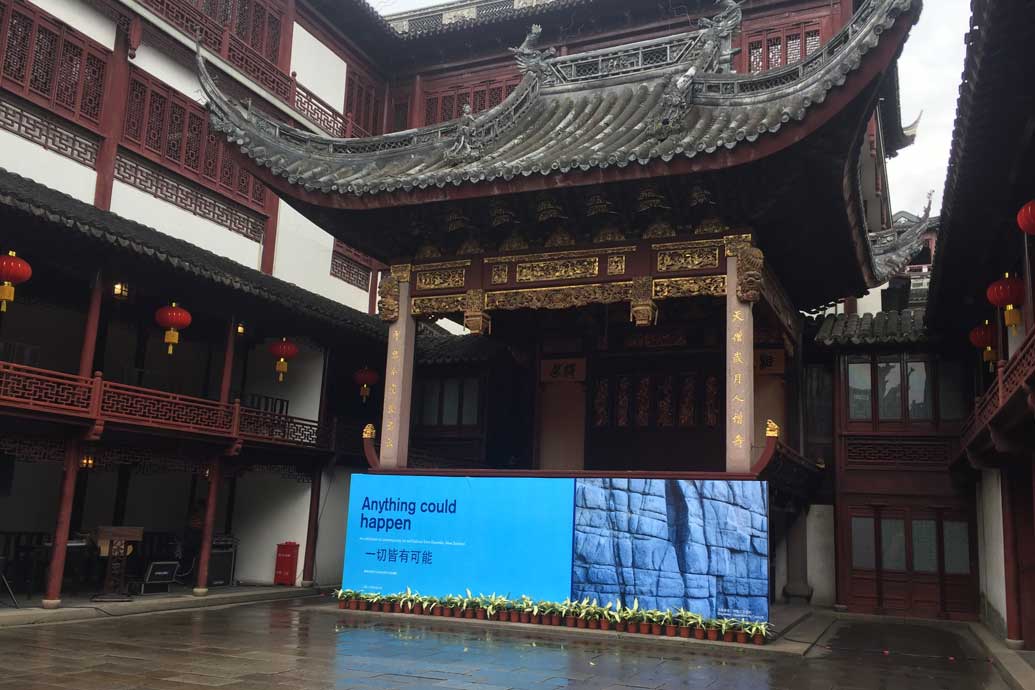 Monday, 8 May 2017- Dunedin is inspiring an international audience with the exhibition ‘Anything Could Happen’ at the prestigious Yu Gallery in Shanghai.

Forty-five works by artists and designers with links to Dunedin were chosen for the exhibition which opened today.

Kai Tahu kaumātua, Edward Ellison, formally opened the exhibition with a whakamoemiti – blessing to the works and the gallery. Dunedin then gifted the Yu Garden a significant piece of pounamu carved with the Māori motif ‘Aukaha’ which is from the bindings of waka and symbolises the binding together of two sides.

Mayor of Dunedin Dave Cull, attended the opening and says the exhibition builds on the success of the long standing sister city relationship between Dunedin and Shanghai.

“Not only does it highlight the strong cultural ties between the two cities, it also provides important economic opportunities for our creative, education and tourism sectors. This is an amazing opportunity to showcase Dunedin,” says Mr Cull.

"Our artists and designers are not constrained by convention. Dunedin has always nurtured an innovative and diverse cultural scene and what you see in the show is a snapshot of our city’s creative energy and style.”

Otago Polytechnic Director of Communications, Mike Waddell was also at the opening and says Otago Polytechnic is thrilled to be collaborating with Enterprise Dunedin and the Dunedin City Council on this project.

“The event offers a world class experience for the ten students and two staff who’ve made a significant contribution to the design and layout. I am immensely proud of their achievement here in Shanghai,” he says.

“Also, many of our lecturers and graduates from the School of Design and the Dunedin School of Art were chosen to exhibit. This event can only continue to grow the sister city relationship and the relationship with Otago Polytechnic,” he says.

The Yu Gallery is part of the prestigious Yu Yuan (gardens) which are more than 400 years old and attract six million people every year.

‘Anything Could Happen’ runs from May 8 to June 9 and has exclusive use of the gallery.

Notes from the preface to "Yuyuan" published 2006, by Administration Bureau of Shanghai Yuyuan Gardens. Written by Li Junmin.

Located in the northeast part of the busy Old Town of Shanghai, Yuyuan garden, famous for its historical scenic spots and beautiful landscapes is a renowned classical garden in the lower reaches of the Yangtse River. It is listed as one of the national protected cultural relics by the State Council of the Central Government, and is considered one of the best gardens in the southern part of China.

With a history of over 400 years, Yuyuan garden was originally a private garden in the Ming Dynasty. Pan Yunduan, the owner of the garden, was the governor of the Si Chuan Province and he spent 28 years and all his savings to build this garden for the purpose of pleasing his parents in their old age, and it was named Yuyuan garden. In Chinese, Yu literally means peace and comfort.

In the past four centuries, Yuyuan garden has encountered various changes and has been destroyed many times. Before 1949, some parts of the garden had been changed into market, school and residential quarters. With broken pavilions, collapsed rockeries, dried ponds and withered plants, Yuyuan garden was distorted beyond recognition. In order to protect the cultural relics Shanghai Municipal Government since 1956 has invested enormous funds and enlisted many skilful craftsman to renovate the garden on a large scale. Many sights regained their original appearances. At the same time, Yuyuan garden was linked up with the inner garden left over from the Qing Dynasty 1709 into an integrated whole. It has been open to the public since 1961.

With an area of over two hectares, although small as it is, Yuyuan garden boasts its exquisite layout and considerable designs expressing an infinite artistic conception and atmosphere. The sceneries in the garden are being changed with each advancing step of the visitor making one feel that one is being embraced by the sceneries in a picture.

The Yu Gallery fills two floors of the Ting Tao Hall. Ting Tao means listening to the sound of willows. In the olds days the hall was close to the Huangpu River, therefore it was named Ting Tao. 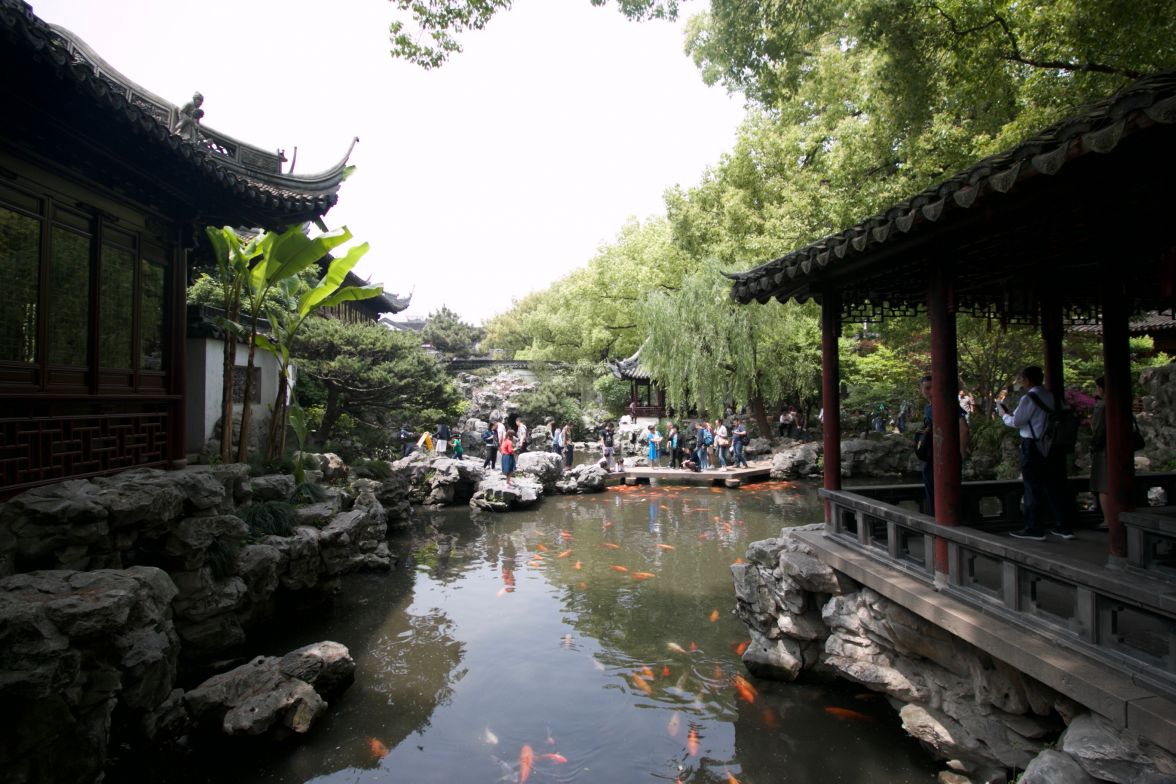